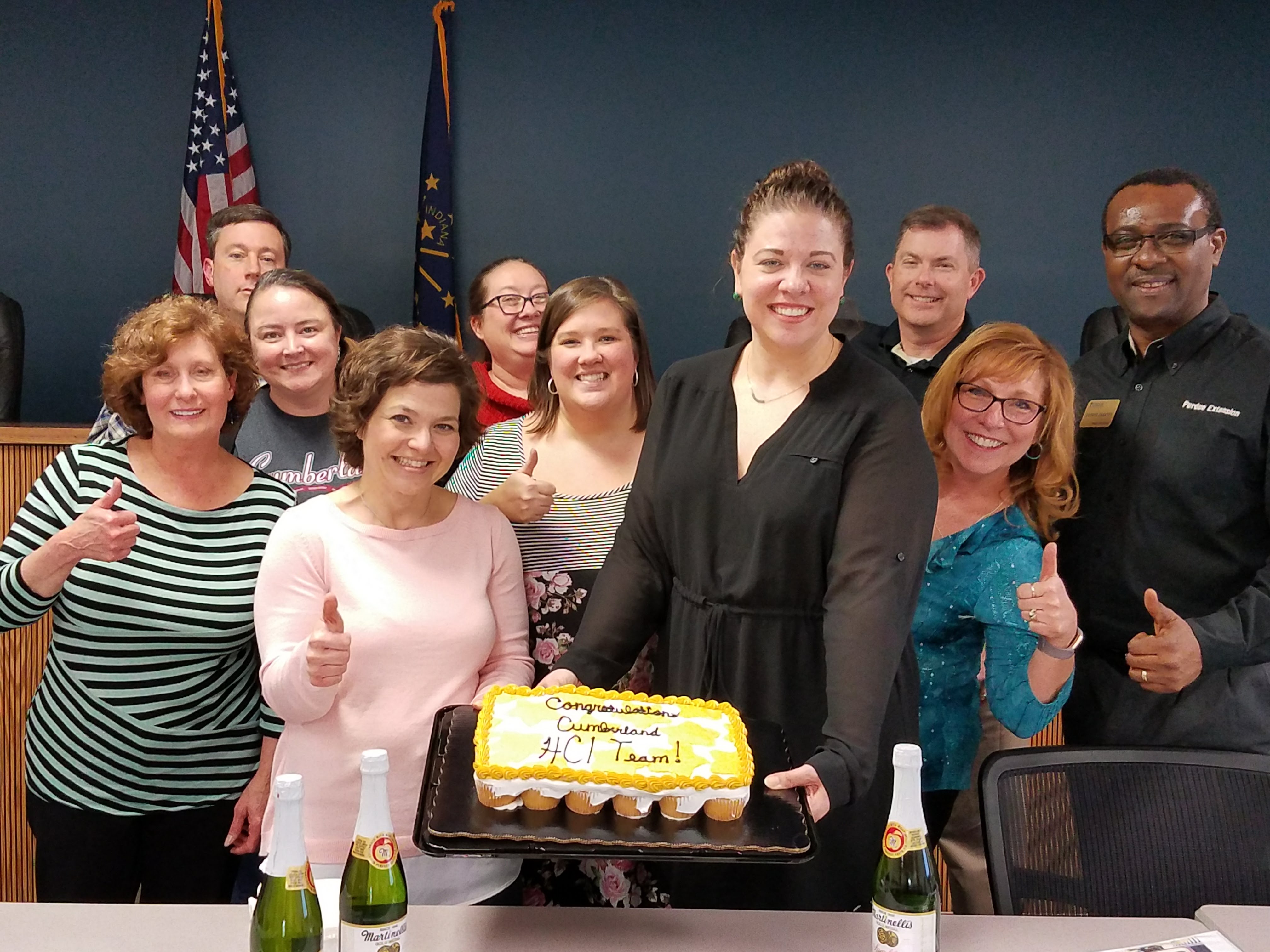 Posted by IndianaHCI on February 12, 2019, in Cumberland.

The Town of Cumberland, Indiana, has launched a new civic organization dedicated to engaging the public through art and improving the aesthetics of the town.  For its first project, the Cumberland Arts and Spaces Task Force (CAST) will oversee the development of an interactive mural on the Buck Creek Trail where it crosses under US 40.

CAST sprung from a two-year effort by a team of local business, civic, and religious leaders who focused on improving the quality of life in the community, which is a suburb of 5,000 located along the eastern edge of Indianapolis.  The original team was organized as a part of the Hometown Collaboration Initiative (HCI) that began in the summer of 2017.

HCI is a statewide program that assists communities in identifying and building upon their existing assets in order to improve the quality of life of their residents.  It is jointly managed by Purdue Extension’s Community Development program, Indiana’s Office of Community and Rural Affairs (OCRA), and Ball State University.  The Cumberland HCI team was coached throughout the process by George Okantey and Steve Yoder, who are Community Development Educators with Purdue Extension.

As part of the HCI process, the Cumberland team gathered public input from local residents through a survey, as well a public forum, in order to identify the most important assets, as well as the needs, of the community.  The public provided feedback on various topics within the community, such as leadership, the economy, and placemaking.

As a result of this public feedback, the team identified a need for new and improved public spaces that could be addressed by leveraging the town’s existing assets.  The HCI team then participated in a series of educational sessions to gain a better understanding as to how a town can invest in its public spaces in order to improve public engagement and community aesthetics.

Following several weeks of educational sessions, the HCI team reached a consensus that the best way to leverage its public spaces would be to form the Cumberland Arts and Spaces Task Force, which will focus on improving the community’s public spaces through subcommittees that are dedicated to public engagement, fundraising, and project coordination.

CAST envisions its first project, the “Light Your Way” mural, as a gateway project that will allow the task force to kick start public engagement through placemaking and public art projects.  It will be a mural and technology installation on the Buck Creek Trail where it runs under U.S. Highway 40.  The mural will depict local flora and fauna, fireflies (the state insect) and Buck Creek on the walls of the underpass, with the dusky evening sky and stars on the ceiling.

The mural will also incorporate technology through sensors which will activate lights integrated into the art, and will address a number of specific community needs and concerns identified in the HCI process, including public safety and engagement.

Purdue Extension will continue to provide support to the task force as it strives to improve the quality of life for the residents of Cumberland.  For more information, contact the Cumberland HCI coaches:  Steve Yoder (yoder46@purdue.edu; (928) 853-7846 and George Okantey (okantey@purdue.edu; (317) 275-9263).