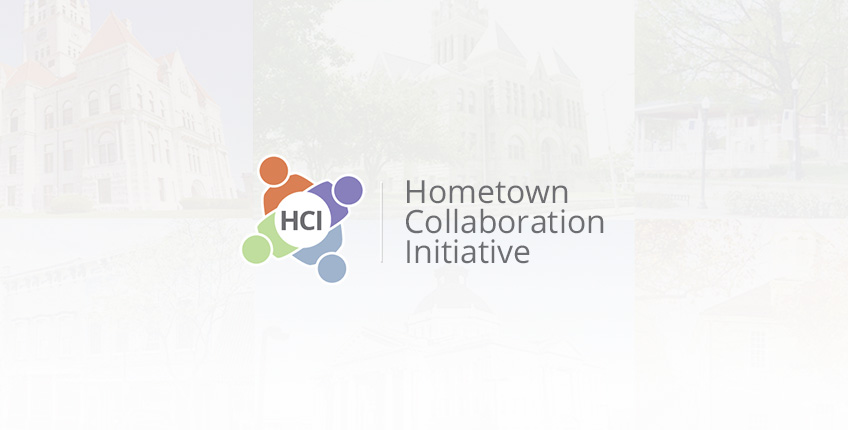 Angola was honored this week with an award from the Office of Community and Rural Affairs and Lt. Gov. Suzanne Crouch for the Hometown Collaboration Initiative.

The award said it is for HCI, which works to strengthen existing economic assets and offer placemaking strategies that improve quality of life and attractiveness for investment.

Downtown Services Coordinator Maria Davis received the award on behalf of the city.

HCI partners with OCRA, Purdue University and Ball State University for communities committed to building on existing assets and is only available to communities with a total population of 25,000 or fewer people.

Angola was in the most recent set of towns named to HCI and has a goal set of seeking engagement, investment and participation from government, community, economic development organizations and individual citizens to maintain and grow a thriving and vibrant community.

One of the ways Angola hopes to achieve its goal is through a public survey, with collected data going back to the state to be analyzed to see what is most important to area residents.

The survey is for residents of Angola and Steuben County or people that live elsewhere but are employed in Angola or Steuben County and is seeking input on placemaking features of the community, local economy and local leadership opportunities.

Placemaking is all about investing in ways to improve quality of place. Placemaking opportunities can include arts and cultural integration, community design and city revitalization, community well-being, educational excellence, municipal governance and readiness for change.

Key ingredients to economic stability and growth include connecting cities and towns to build a coordinated development plan, discovering key assets already in place in towns, such as small businesses or industries and incorporating diverse economic development strategies, such as entrepreneurship and retaining and growing existing enterprise.

Leadership gives a community the ability to shape its own future and create positive change. It is more than just elected leadership. HCI focuses on building community leadership capacity, broadening the view of leadership and getting the knowledge of how to lead throughout the entire community.

One of these three building blocks, placemaking, economy or leadership, will be selected based off of survey data and will be the project Angola proceeds with.

Tentatively, the survey is open through January 26. Once it closes, Purdue will analyze the data, with hopes that Angola will receive the data prior to a public forum scheduled for March 15 at Angola High School.

Davis said the forum in March will be led by the state HCI team and involves many group discussions for community members. Food will be provided and crafts for children will be available.

“The general idea is to gather data through existing sources, a public survey and a public forum, then analyze the data to help pick a project in one of 3 building blocks-Leadership, Placemaking, Economy,” said Davis. “We’re hoping to get plenty of input from Angola’s Community”.

The survey is available at http://indianahci.org/communities/angola

This article was originally published in The Herald Republican on December 9th, 2017.